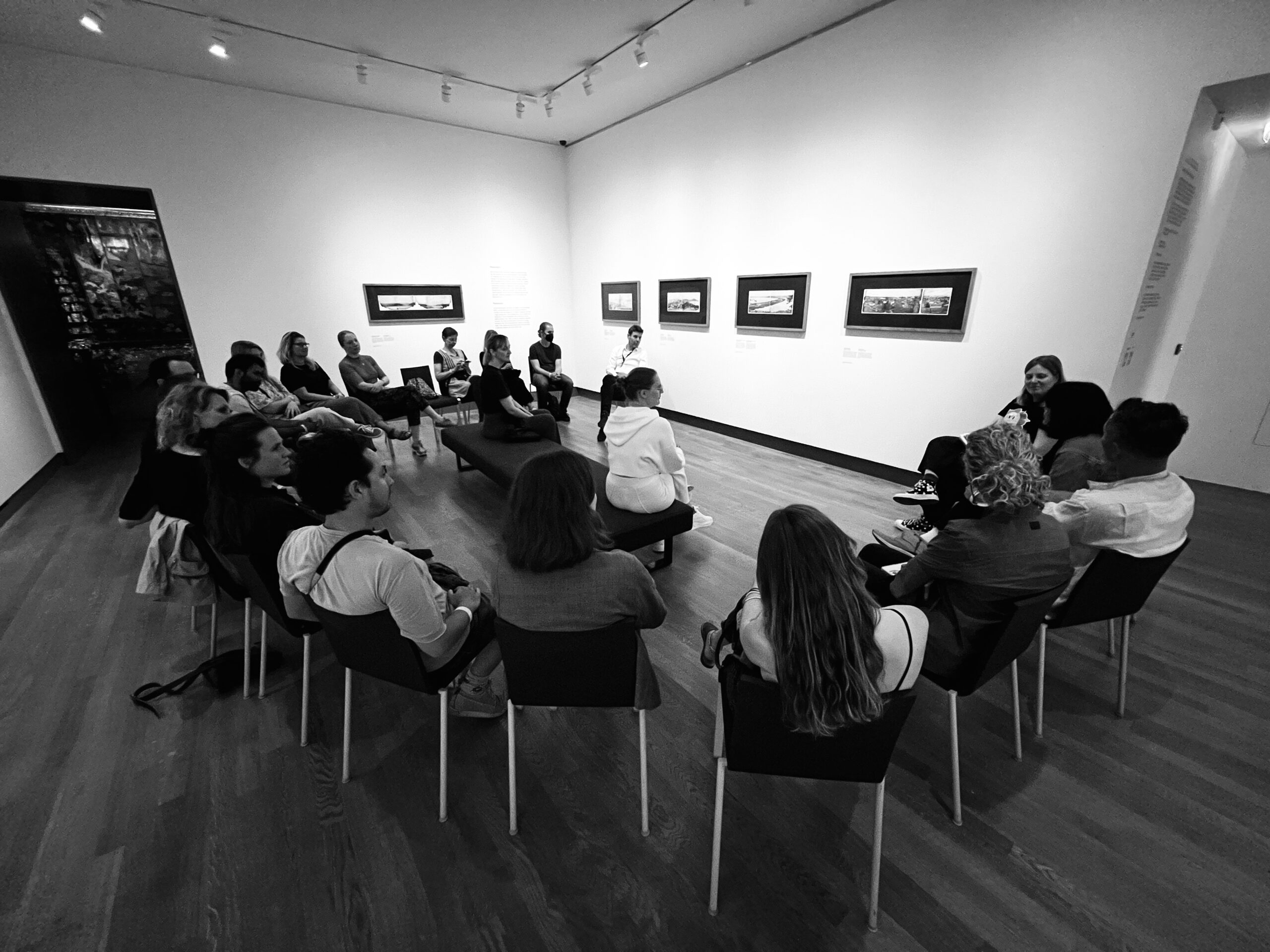 On 24th of June we got the chance to visit a new exhibition in the Rijksmuseum about Antoon Bauduin and his (an other) early photographs of Japan. The exhibition is set to be open for the general public from 1 July to 4 September. We were very fortunate to be able to access the exhibition before the actual opening and get a guided tour from Hans Rooseboom, the curator of photography of this exhibition.

The exhibition started at 15:45 on friday afternoon. I was fortunate enough to be able to leave work early and attend this exhibit. I was one of the last people to arrive at the Rijksmuseum and was pleasantly surprised by the enthusiastic group. All in all we were with 20 people of like minded analog photographers and appreciators of art and photography.

Hans then proceed with the tour where he meticulously explained how the exhibition was set up, why and how they made the decision which photograph was selected. In total about 50 photographs of Antoon Bauduin, his brother Albert Bauduin and other unknown photographers of the same area and time period were selected. The photographs were basically grouped into themes (such as location, time period and composition). There is little known when exactly these photo’s were taken and by whom. Antoon wrote letters back home were he mentioned twice in total his passtime of taking photo’s in Japan. But not much was known about the photo’s other than that.

Next up we moved to the second room of the exhibition where we had a Q&A session with Hans and Kelly. It was nice to see that the group was engaged and eager to ask Hans all kinds of questions. In the end -when we had to leave because the Rijksmuseum was about to close- we weren’t done with asking about the photo’s, the decision making proces of the exhibit and other mysteries about certain subjects on photo’s that were displayed. Hans is very enthusiastic and eager to explain about his job in general and this ‘Early photographs of Japan’ exhibit.

We were pleased to learn that the Rijksmuseum has the entire archive digitized for anyone to browse through it. If you would like to know more AND see a particular picture in person you are able to request a session with the Rijksmuseum in the so called ‘study room’ if I remember correctly. I got the impression this is not all too well known by the general public. It definitely is something I would like to do as well!

I didn’t want to go into too much detail about the exhibition, Antoon himself and the pictures, so if you are curious about Antoon Bauduin and his early photographs of Japan I would definitely recommend you to visit the Rijksmuseum to go check it out! I’m definitely coming back to see it again some time.

Thank you all for attending this event and Tim for the write-up. Special shout-out to Kelly and Hans for doing what they do best, promoting photography and art in general. Let’s do another collab in the near future.