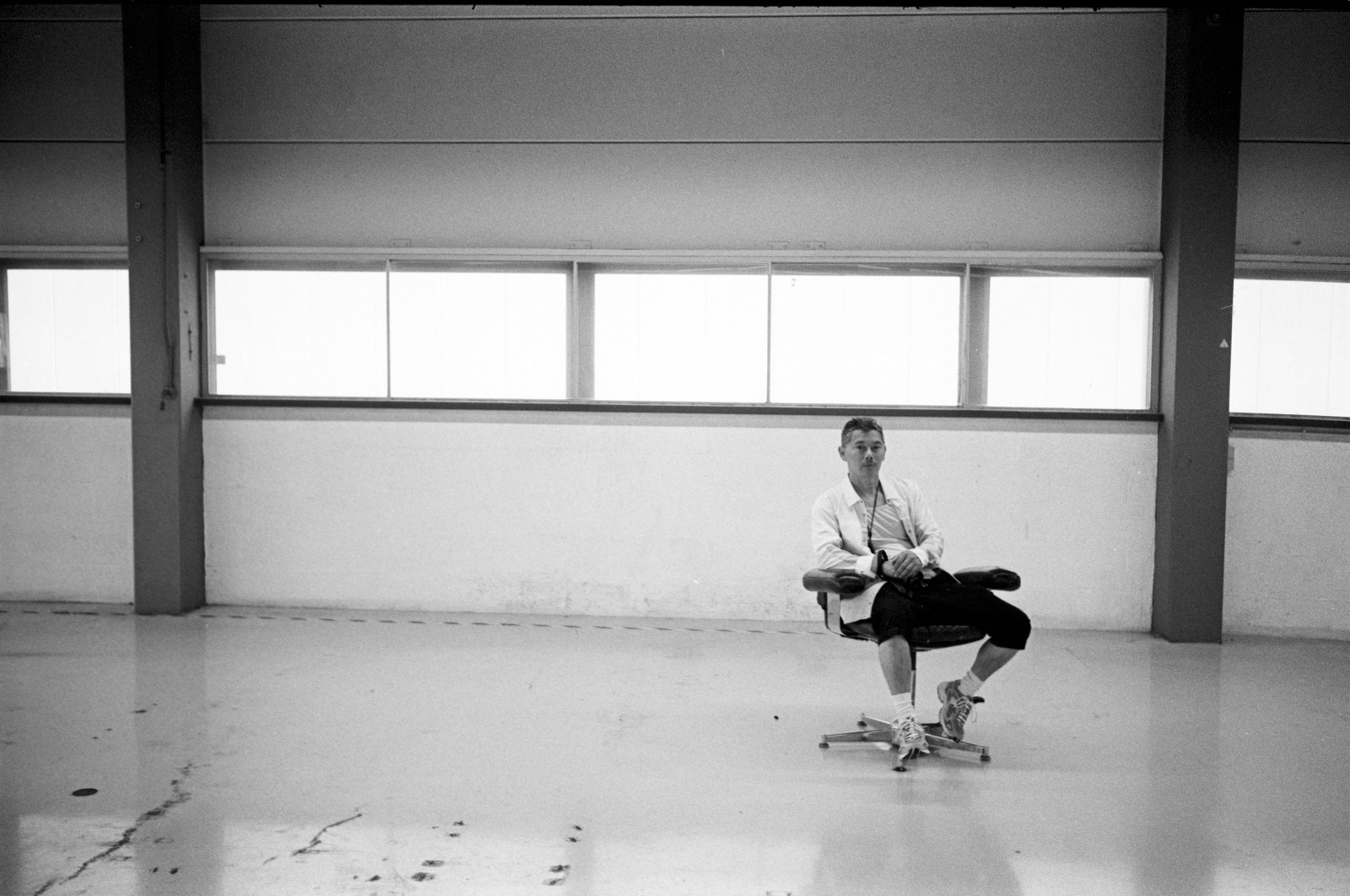 Just like my other photowalk posts this post will be updated regularly, as photos taken by participants have different development time 😉
Last Update: May 24th 2022

If you enjoyed this analog event or like to support ACA here’s a gift request link: >>>> https://betaalverzoek.knab.nl/ucyv304Wzlw0Ech <<<<

Sunday May 22, quick recap of the day; Sun, Portraits, Hangry, lost 50% of the group and ACA Talks. Organizing a photowalk and coming up with something extra is becoming a nice challenge every new edition. I must admit I do like to scout potential locations and make connections . This time I connected with my friend Tommy (hairdresser -> hairstylist -> artist) who was a sport to let me use his location for this Analog Club Amsterdam meetup. I first visit the location a week ahead and was pleasantly surprised by the size of location. The space was way bigger than I expected, and luckily for me I met the guy behing Bill Tanaka (J. provided the cloudy backdrop). Walking around the space and talking with Tommy I immediately had some ideas how to proceed, dividing the space in different areas and have some models walking around.

Without any budget I made a so called Time For Prints post on my Instagram and there were reactions.  4 girls were kindly enough to react and be sport to wake up early on a Sunday morning. They even gave us an opportunity to choose an outfit. After a quick poll in my Whatsapp group the choice was made: Soul Train vibe.

Another extra I came up with for this event were the ACA Talks which I had done before (Nuno and Douwe). This time  Rik was nice enough to introduce me to Guila who does a master thesis/research about suistainable darkroom processes. And I stumble upon a guy who was crazy enough to designed and engineered a DIY 3D printed 35mm motion film camera.
Yes no typo, he DIY a MOTION film camera. If you think shooting film with your camera is expensive, think about 2 film rolls equals 13 secs of motion 😁

Anyway, we started the Sunday at our meeting point Station Sloterdijk were a rave was still going on and for me a nice way to warm up the legs. Gathering time was 10:00 but messages in the temporary WhatsApp group showed a couple of people were delayed. So at 10:15 we made our way to the secret location ( which certain people couldn’t find who were 30-60 mins later. Apparently sharing my live location is not within a 15 meter radius). Note 2 Self share location address for persons who are delayed.

I felt like a true tour guide with more than 70 analog film shooters joining ‘Sun’s Out // Guns Out’ edition. After a short walk to the secret location we enter via the backdoor and we’re welcomed by Tommy himself.  In my mind I divided the space in 3 areas, but all film shooters found their way criss cross the room. The backdrop provided by PRC Tanaka was a perfect spot for Jascha’s mobile studio

What was suppose to be a 90 mins stay became a 120 mins stay at Tommy’s location. Bad thing is a couple of film shooters couldn’t find the place and for future editions I should have shared the exact address apart from sharing my live location. Here are some impressions:

The Girls by Thom

After the photoshoot/Portrait shoot we were heading to ACA HQ all the way in the Eastern part of Amsterdam. I miscalculated the amount of hungry people. Next time a collab with a foodtruck?!  So passing a random barista (sold out all his snacks) and  passing through Westerpark, I lost 50 % of the original group.

STOP the darkroom pollution, Let’s FIX it by DEVELOPING a new sustainable method in the darkroom. In short that was the ACA Talk by Giulia Principe. Member Rik was so kind enough to introduce me to Giulia and she was so a great sport to do her talk in her busy schedule. The other ACA Talk was about a DIY 35mm MOTION Film camera by Yuta Ikeya. This time it was the social media algorithm which pointed me to a video footage that caught my eye. And lucky for me Yuta studied in Eindhoven and Yuta was kind enough to travel all the way to Amsterdam to show and talk about his self designed, 3D printed motion film camera.

If you enjoyed this analog event or like to support ACA here’s a gift request link: https://betaalverzoek.knab.nl/ucyv304Wzlw0Ech